By mid-June the tomato plants are starting to get tall. This is when they really need to be staked to help them reach for the sun. The first little green fruits are giving a hint of the tomato pleasures to come in another month or so when they ripen.

Staking tomatoes is easy. I like bamboo poles because they are sturdy and don’t have sharp edges that might bruise the stem or leaves. Twine works well for tying; it can go in the compost with the rest of the plant at the end of the season when frost has withered it. Tie the plant loosely so that the stem can continue to expand.

There are two types of tomato plants: determinate and indeterminate. Most of the tomato seedlings available are indeterminate. The determinate tomato sold most often is the Dwarf Patio Hybrid. “Determinate”  means that the plant stops growing at a certain point and concentrates its energies on the fruit, which will ripen mostly at the same time, August. The dwarf Patio doesn’t get much bigger than 3-4 ft high and has a disorganized growth pattern, unlike the indeterminate type shown here. It too requires some staking or can be grown in a tomato cage which helps to support the weight of the crop of tomatoes. Indeterminate types keep growing and producing new fruit until frost. They can grow over six feet high and need sturdy stakes.

The label of the seedlings, or the seedpack, should tell you if the variety is indeterminate or determinate. Or check on the internet.

The biggest difference between growing the determinate and indeterminate is that the indeterminates need to have their side shoots pinched out. Indeterminate tomatoes produce side shoots with new stems, leaves, and eventually fruit. These deflect the energies of the main plant and usually aren’t supported by the pole and so can break off. They may shade the main plant and delay the ripening of the tomatoes. These shoots are easily pinched off: they appear where the leaves join the stems of the plant. Inevitably, some tricky shoots hiding in the back of the plant escape my notice and develop big leaves before I notice. I tend to leave the leaves but remove any blooms and the growing tip. 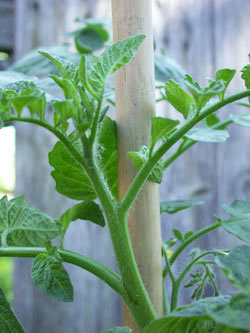 Tomatoes are heavy feeders and will appreciate a soil enriched with compost and/or composted manure. They also like regular watering but this can be minimized by planting the seedlings deeply, leaving only the top leaves above the soil. Tomatoes are unusual in being able to grow roots from their stems, so planting deeply will ensure the plant has deep roots and more of them. In this they are similar to potatoes which will respond to being mounded up with soil by producing more roots and potatoes.

Tomatoes often get a late blight, or fungal infection, which affects the lower leaves first and proceeds upwards. The leaves become spotted and turn yellow, curling up at the edges. Remove any affected leaves and put them in the city compost. I cut off the lowest leaves of the plant as it grows taller in the hopes of delaying the fungus problem. Usually in the end it doesn’t harm the plant too much and the tomatoes continue to ripen. Even after frost has killed the plant and shrivelled the leaves, tomatoes can continue to ripen in the late sun until there is a very hard frost that damages the fruit. So don’t give up on the fruit even if the plant looks bad.

Another common problem is splitting in the skin of the fruit. Some varieties are more prone to this than others. It is caused by a dry period followed by more plentiful water that leads to sudden swelling of the fruit. Watering the plants during dry spells helps. I pick the split ones right away to stop insects getting into them. Late in the season there will ineveitably be some split tomatoes. They still taste great.

Many gardens don’t have suitable patches of strong full sun (six hours including the hot afternoon sun) that is necessary for ripening the larger fruited varieties like the beefsteak tomatoes. I mostly grow the cherry tomatoes like Sweet Million or Sweet 100s, or early smaller fruited ones like Early Girl, because I have only dappled sun most of the afternoon.

Stopping the growth of the indeterminate types by pinching out the main growing tip in mid-summer can help the plant ripen more of the fruit already set on the vine. I do this when I have about 6 large trusses of tomatoes on a plant. Most of these then ripen before frost.

Accidentally pinching out the main growing tip too early is not a disaster. The plant will produce another shoot that can take over. This might slow the plant down for a week or two.

Tomatoes are the most popular home-grown vegetable. Compared to store-bought tomatoes, your own will be a flavour sensation. It’s really worth it if you have a little sunny patch. The cherry tomatoes do well in containers; just find the biggest container you can accomodate, make sure that there are holes to allow the water to drain out the bottom, and fill it with rich potting soil. This year tomatoes could have been planted out in early May already in Toronto, although the traditional date of last frost is May 24. 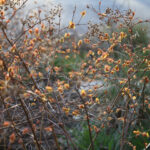 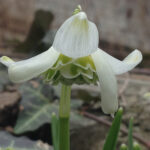 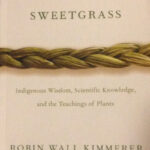